HOLZDRUMS - ONLINE SESSION DRUMMER
One of my fovorite bands I've played in is The Last Flight Out, featuring the amazing voice of Julia Bryan. Although we no longer gig, we have maintained a strong internet presence through the years, so we recently decided to release 2 albums full of cool tunes available for download on most platforms, and this is the title song of the 2nd album, Burst.
​​

​THANKS fOR ALL THE incredible SUPPORT I've been GETting for my studio! i'm laying down drums as part of an ongoing project with the canadian band, swilly, including a song for the frontline workers that was been released nationally and a powerful song about suicide prevention that was  released worldwide. I'm  in the ongoing process of recording a local Roots Rock album for bill wright, IN CONJUNCTION WITH ccm studios here IN DENVER, and singles are  being released every two or three months. I've also tracked drums for a number of independent artists and studios here in co, as well as NY,  PA, VA, MD, among others, and abroad in England, france, and the ukraine, generally working with studios in the artist's hometown.  let's talk and see what i can do for you. 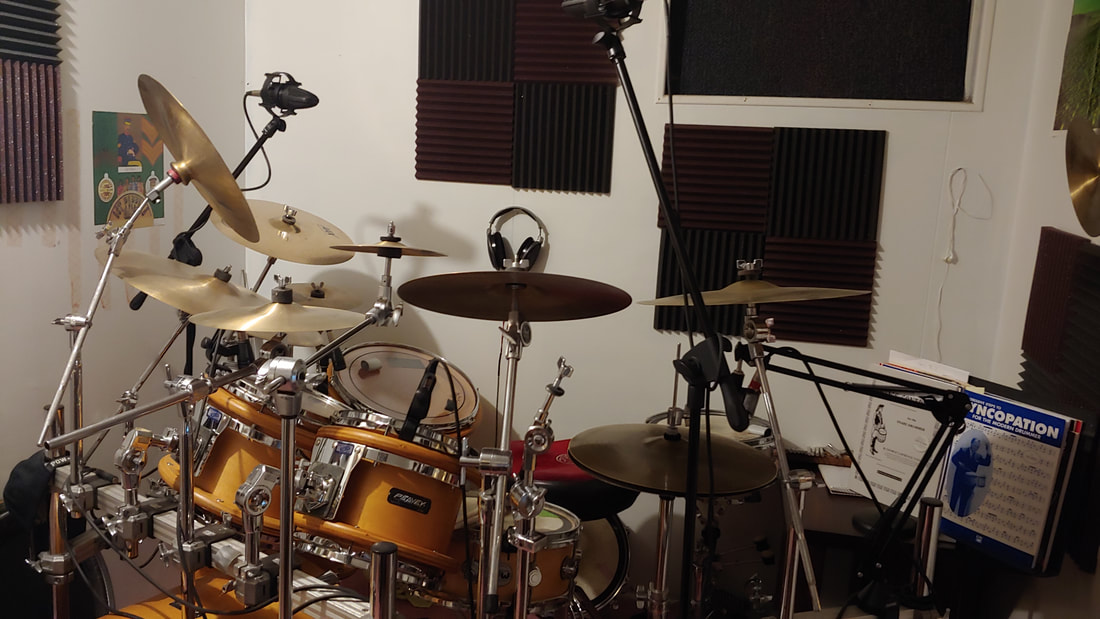 My name is ​Carl Holz. I'm a Colorado based veteran groove drummer, and I would like the opportunity to create drum tracks for you.  I've been recording since I was 20, back in the day of 2" tape and have been fortunate to record at some of the best studios on both coasts, as well as here in Colorado. I've always enjoyed the creative process, love playing, and have a knack for grooving to a click. I've been fortunate to have had success as a session drummer through the years, so the next logical step was to go the route of online session drummer. In a nutshell, that means if you have an internet connection and the ability to record a basic track, I can take it from there. I have a professional drum studio in my home to record multi channel tracks for anyone looking for some creative groove.  I use Studio One ver.4 Professional, AKG, Sennheiser and Shure mics, and am able to send either a  drum mix or stems, depending on what is needed. I have a Roland electric kit, as well, for any clients preferring those sounds. I also use a Roland SPD-20 for any percussion,
sound effects, or whatever  you might be looking for. All I need is as little as a voice and a guitar/piano. As long as the song was played to a click I can add a click track on my end. I work fast, have a long history of successful results with singer/songwriters, and bring my wide scope of experience to the table. As you'll be able to see from my bio on the About page, I have a pretty varied background of playing and recording with a wide variety of original bands over the years, which allows me to bring my unique perspective to the music. Also, feel free to check out the music page, as it covers a large scope of my recording experience. I look forward to the chance to contribute to your next project.

STICKS, BRUSHES, HOT RODS, TOO, HOLZDRUMS TAILORS SONGS FOR YOU!